There are some years where I’ve been pining for some Halloween fun. Looking for a party, thinking of a costume. But this year was definitely not that type of year. This year I put on my cat ears (thanks Target’s dollar section!), gave out an immense amount of candy, and watched two 90’s classics. First up was Scream. It’s one of those movies that’s just a tiny bit suspenseful and scary while still being funny. That’s what I look for in my Halloween movies. Tiny bit scary, but not so scary I can’t sleep. While Frank slept, I watched one of my favorite movies from when I was a kid: Casper. 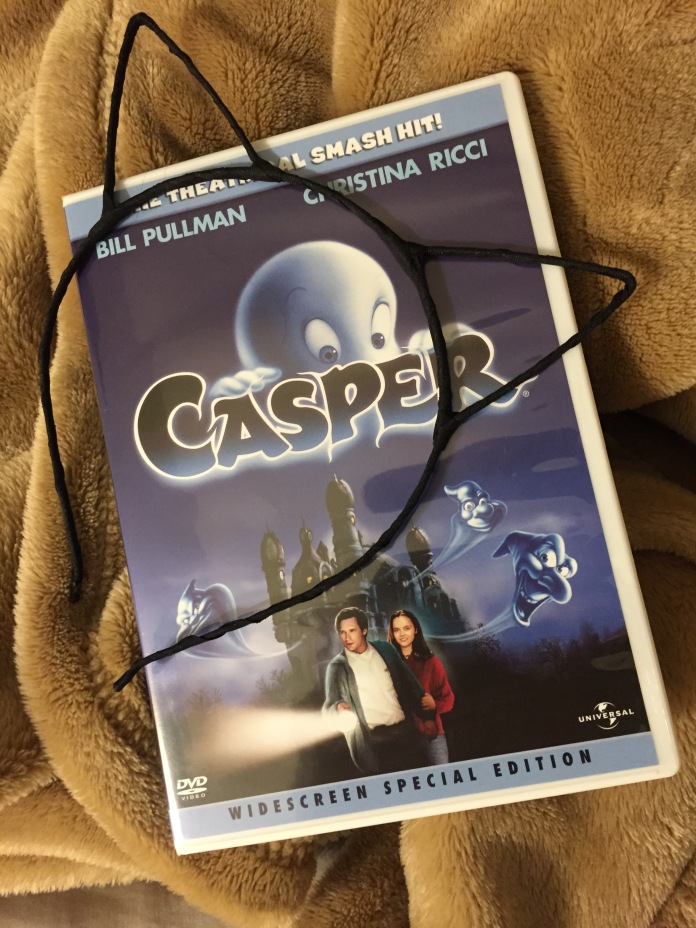 I remember when I was a kid thinking that young Devon Sawa as human Casper was the dreamiest. I remember my favorite part was when Casper sleeps next to Kat and whispers into her ear, “Can I keep you?”.  As I remember, teenage boys were never as romantic as that animated ghost. Le sigh.

The movie theme continued into Saturday when we saw Nightcrawler. I think one word to sum up that movie is…disturbing. Jake Gyllenhaal completely transformed himself. It was dark, twisted, and uncomfortable. Quite the departure from the movies I saw the night before!

Here’s to another (hopefully) productive week!