If you could create a chart of how much I need jackets, coats and winter clothing items and how much I want them, you would clearly see that they don’t mesh. My need of outerwear is so little in Southern California, yet I can’t help but dream of cold weather and of purchasing some jackets guilt-free.
But unless I win the lottery soon (my luck could be changing, I recently won…wait for it…$15 on a scratcher), I won’t be purchasing any jackets or coats soon. Not really worth the investment (or at least that’s what the adult part of my brain has to tell my impulsive side to curb any “unnecessary” shopping).
But a girl can dream right? Dream of leather, shearling and wide lapels. Some of the style’s I’m currently obsessing over above.
xoxo
Sandi
Advertisement
Standard

Here in Southern California we are #blessed (read in J.T. and Jimmy Fallon voice) with great weather. Snow never falls and rain can’t always be counted on. With all this great weather abound, sometimes it’s hard to get in the holiday spirit. My “solution” to this non-problem is a healthy dose of denial and seasonal prints and patterns. Let’s pretend it’s colder than it is, and wear some plaid!

I posted some examples above that I’m currently daydreaming about. The great thing about these are that they look great with any basic top or bottom…no need to overthink. A basic pair of jeans, or a white tee are all you need to fool everyone into thinking you’re super cool and chic. Isn’t that what’s really important?

I shall be on the hunt for more of these (already have a few tops…two dresses and some scarves) in between Christmas shopping….which always starts out with the bestest of intentions and usually ends with me feeling guilty over buying myself gifts. Wish me luck!

Can you call something an obsession that you’ve only recently discovered you like? No, probably not but that won’t stop me. So I’m declaring it here…my new favorite fall/winter style obsession is the midi skirt. Way past a mini skirt but not quite full-length – the midi skirt is the perfect compromise.

I recently purchased a body con style midi skirt in basic black, and have quickly fallen in love. Is that an overstatement? Sure, but the truth is the truth. The thing that’s great about them is that they’re grown-up but don’t have to be dowdy. I feel like in the past I thought of this length skirt as an old lady staple. But with an updated top, it really works. Best of all? It’s super forgiving and comfortable.

It’s a great look for work but can be fun for the weekends/post-work, especially if your the fit is snug or if your top is a on the tighter side.

Here’s the last thing I’ll say it makes me feel grown up and put together with very little effort. Isn’t that the best selling point? I think so!

This week marks a little over a full week since I’ve had my new phone. I made the upgrade from my iPhone 4S to an iPhone 6. Here’s what I think so far: 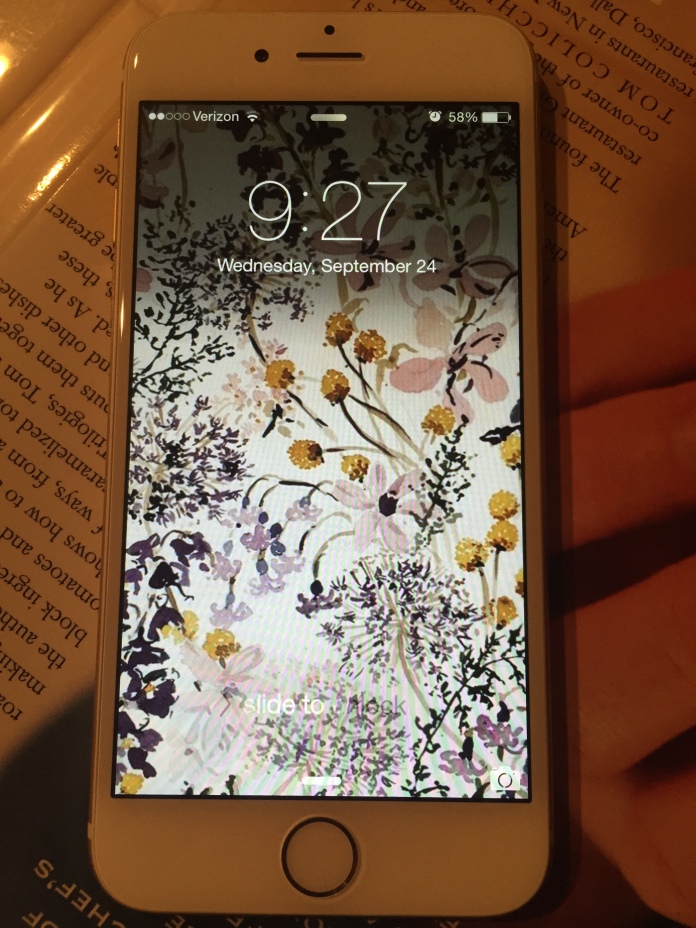 The new iPhone is a lot bigger than my old one, the 4S screen was a 3.5″ (diagonal) while the iPhone 6 has a 4.7″ (diagonal) span. So the display is a lot larger, and lot clearer. The phone itself is also curved as opposed to the harder edges in the 4S. It’s thinner and this time I opted for the gold version. It does feel lighter. All in all, it did take a little getting used to the new larger feel. The benefits are a bigger screen for video/Netflix watching. The only downside I feel are that I don’t feel too safe having the phone in my pocket anymore since it sticks out. Oh and rumor has it that the thin shape lends itself to bending and warping (scary!), so I won’t be sitting on my iPhone (although from what I’ve heard the larger Plus is what is more likely to bend).

Regardless if I’m getting a new phone or not, every time Apple releases a new operating system I’m filled with some excitement and some nerves. Excitement because yay, new things! Nerves because rarely do these updates get installed without any hitches. This time I had the benefit of not having to update my phone since it came upgraded. Some of the stand out features for me is that it’s a lot faster. It has predictive text which I still haven’t decided if it’s a good thing or not. When sending a text message to a friend you can easily from the messaging app send your location via pin which is convenient. The best feature I would say is that you can text someone back without having to exit what you’re doing. Just a drop down and you can answer and get back to what you’re doing.

This was one of the biggest selling features for me. Some specs here. In basic terms, the pictures are more clear and defined and don’t look like phone pics. It’s easy to control the brightness and a self-timer for easy selfies (yay?). Also allows for “burst” photos in either camera view for you to be able to take a ton of photos of the same shot within seconds to choose your absolute favorite.

I’m happy with the phone and iOS, no complaints really. Is it bigger? Yes. Does this make carrying it in my pocket/discreetly difficult? Yes. But it’s a faster phone, bigger screen and better camera. The best thing though? The battery life lasts a whole lot longer for me with heavy use. There’s also a handy battery usage screen that can tell you what’s draining your battery.

Sidenote, while my fiance was being the best ever and standing in line early to trade in my old phone for my new one, I was without a phone for about 9 hours. It was the worst, and really drove the point home that I’m too dependent on my phone. I’ll work on that….maybe.

As I get older I feel like I’m becoming more enthusiastic and excited about the little things. Besides presents, holidays used to mean uncomfortable dresses and awkward forced family photos. But the older I get the more I’m letting myself embrace the holidays.

With fall officially starting in less than a week, the holidays aren’t too far behind. First up, is Halloween. Now I’ll be honest, growing up Halloween wasn’t really my thang. Didn’t always dress up and never a fan of scary movies. But when I got to college I, along with every other college student ever, got really into Halloween. But it’s easy to get into things when everything involves drinking, friends and little responsibility. Ah, youth.

do I need black balloons? No. What would I do with them? Why would i want them around? Well because why not? DIY above here.

Years ago Halloween was about thinking of a clever costume (I think the year I went as Toad was a highlight). Now it’s more about drinking a festive drink (the one above from one of my favoritest blogs Cupcakes and Cashmere), wearing a witch hat, watching a scary movie and waiting for the masses of kids to come knocking. 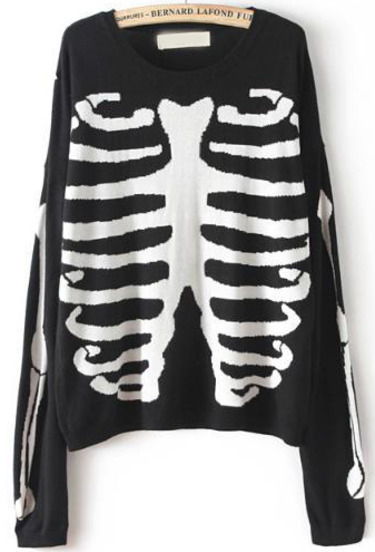 I can wear these as I lounge around the house like the crazy party animal I am. Basically, I’m going to use Halloween to try out some new recipes, some silly accessories and some fun drinks. Can’t wait!

Search #AltuzarraForTarget on Instagram and over 3,000 posts come up and that’s just the eager shoppers who spelled the French designer’s name correctly. This most recent collab is just the latest joint venture that Target is spearheading. Proenza Schouler, Alexander McQueen, Zac Posen and Neiman Marcus are just a few of the past big buck brands that have paired with the affordable retailer to bring brand named goods to an audience that may shy away from a three and four digit price point.

Although this idea may sound ingenious, Target isn’t reinventing the wheel. The idea of selling (a version of) luxury brand goods at a more affordable price is nothing new. Back in the 80s, it was unheard of and discouraged for any successful designer to license their name for affordable mainstream consumption. Halston, a designer who saw huge success in the 60s and 70s (while working at Bergdorf Goodman, he designed the pillbox hat famously worn by Jackie Kennedy at her late husband’s funeral), was one of the first to pioneer this trend. However, this move resulted in his long term relationship with Bergdorf Goodman being axed. Selling the rights to his name proved a poor move.

It’s hard to believe that something that is so common place now at Target and other retailers was once thought so controversial. No “cred” is lost now when a designer decides to make the move.

That’s because the way fashion is marketed has changed (in my uneducated opinion). Designer collaborations are successful because they make an unattainable lifestyle attainable. Now more than ever we’re privy to every detail of the privileged class’ life. What make-up they wear, the restaurants they eat at, the cars they drive, everything is out in the open. With these collabs, we can feel a little closer to that lifestyle.

Though we may not be able to vacation in Bali or shop at Neiman Marcus, these high-low collabs allow people the luxury of pretending just for a second that we can.

The exclusivity isn’t lost because this has been replaced by receiving likes, feedbacks, shares and retweets via social media. Who needs to actually be able to afford expensive goods when we can all pretend we can via social media?

Marketing Minute is a weekly-ish post on marketing musings, rants, complaints and observations. 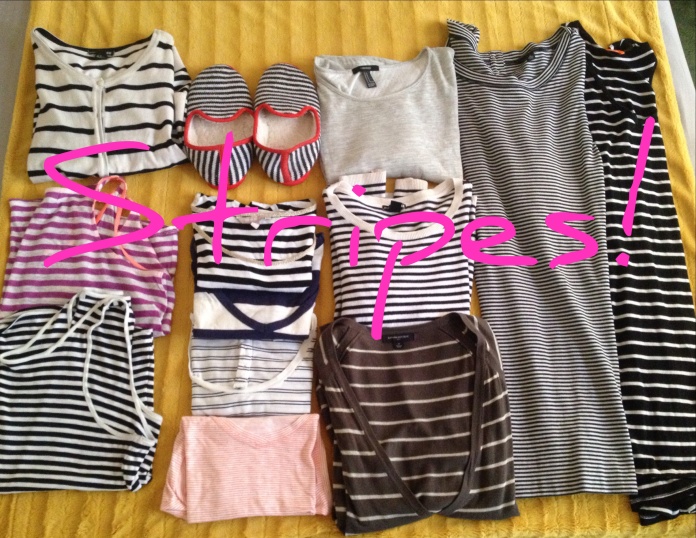 I have been obsessed with stripes for the past few years. So current might not be the most accurate description but it made for a better headline, so what’s  a writer to do? So back to stripes. I love them (see evidence above). I have to be reminded by my boyfriend and friends  to not purchase more striped items. But I’m here in defense of stripes. It’s a classic look that looks stylish without requiring too much effort.

Two dresses, two tank tops, five t-shirts, two sweaters, and a pair of slippers. Oh and after I took this photo, I noticed I forgot to include two other striped sweaters and a blouse I have. Insert wide eyed emoji face here. That makes 15 clothing items plus my slippers.

Dressed down with jeans, or dressed up with a pencil skirt. When in doubt, go for stripes. Do I sound crazy? Am I obsessed?  Do I need to cool it? Maybe. Possibly and probably. Want further proof, check out the late great Lauren Bacall looking all kinds of good in stripes.

Since I probably won’t be easing up anytime soon, here’s a few more striped items I’m lusting over: