This week marks a little over a full week since I’ve had my new phone. I made the upgrade from my iPhone 4S to an iPhone 6. Here’s what I think so far: 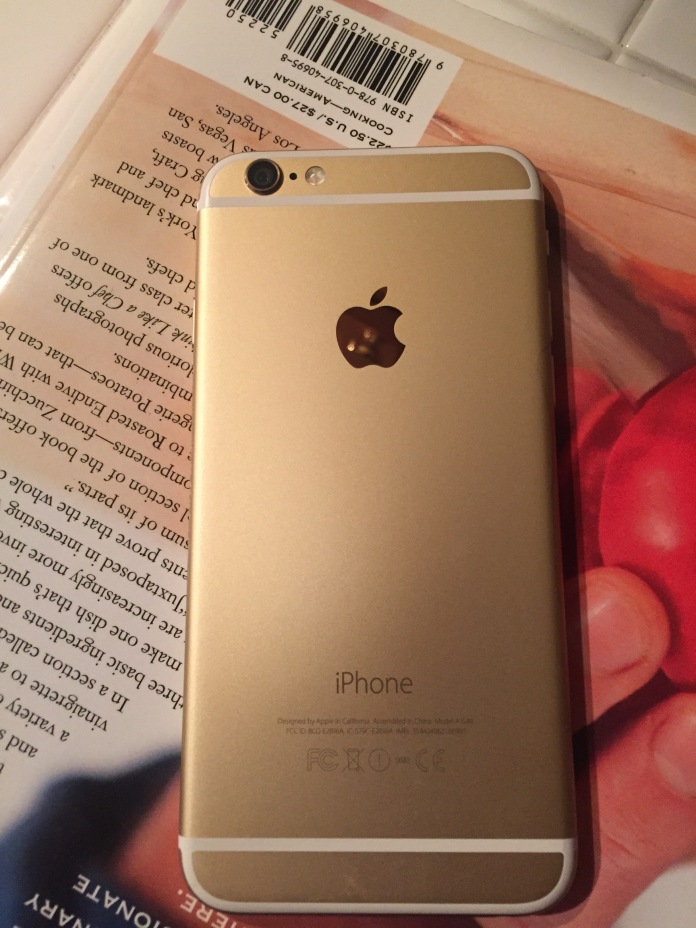 The new iPhone is a lot bigger than my old one, the 4S screen was a 3.5″ (diagonal) while the iPhone 6 has a 4.7″ (diagonal) span. So the display is a lot larger, and lot clearer. The phone itself is also curved as opposed to the harder edges in the 4S. It’s thinner and this time I opted for the gold version. It does feel lighter. All in all, it did take a little getting used to the new larger feel. The benefits are a bigger screen for video/Netflix watching. The only downside I feel are that I don’t feel too safe having the phone in my pocket anymore since it sticks out. Oh and rumor has it that the thin shape lends itself to bending and warping (scary!), so I won’t be sitting on my iPhone (although from what I’ve heard the larger Plus is what is more likely to bend).

Regardless if I’m getting a new phone or not, every time Apple releases a new operating system I’m filled with some excitement and some nerves. Excitement because yay, new things! Nerves because rarely do these updates get installed without any hitches. This time I had the benefit of not having to update my phone since it came upgraded. Some of the stand out features for me is that it’s a lot faster. It has predictive text which I still haven’t decided if it’s a good thing or not. When sending a text message to a friend you can easily from the messaging app send your location via pin which is convenient. The best feature I would say is that you can text someone back without having to exit what you’re doing. Just a drop down and you can answer and get back to what you’re doing.

This was one of the biggest selling features for me. Some specs here. In basic terms, the pictures are more clear and defined and don’t look like phone pics. It’s easy to control the brightness and a self-timer for easy selfies (yay?). Also allows for “burst” photos in either camera view for you to be able to take a ton of photos of the same shot within seconds to choose your absolute favorite.

I’m happy with the phone and iOS, no complaints really. Is it bigger? Yes. Does this make carrying it in my pocket/discreetly difficult? Yes. But it’s a faster phone, bigger screen and better camera. The best thing though? The battery life lasts a whole lot longer for me with heavy use. There’s also a handy battery usage screen that can tell you what’s draining your battery.

Sidenote, while my fiance was being the best ever and standing in line early to trade in my old phone for my new one, I was without a phone for about 9 hours. It was the worst, and really drove the point home that I’m too dependent on my phone. I’ll work on that….maybe.